Please notice that in honor of Joseph ‘Danger’ Putnam, this post contains no exclamation marks.

On Saturday morning, September 14, something incredible happened. Well not really, but Angela and I awoke and didn’t do anything, so that was pretty great. I recently joined a community jazz band, and we had our first gig on Saturday at 12:30PM. We played at the Ritz-Portman hotel, right outside. There was a fairly decent crowd, and the band is quite talented. I had only been to one rehearsal the Tuesday before, and my friend and co-worker Lee and I got really mixed up getting to rehearsal (I admit…mostly my fault) so I sight-read most of the performance. I really enjoyed myself, however. After that, it was time for Angela/Jason adventure time. Our ultimate destination for Saturday night was a ballet performance of Swan Lake in Pudong, which is the East side of the Huangpu River. Angela and I decided that we should make a day of it. So, we began our journey via the Subway line 10, which is quite close to our apartment.

Of course, we had to transfer to line 2 to travel under the river and arrive in Pudong. The intersection of line 10 and line 2 happens at East Nanjing Road. Well, that happens to be in the Bund. So Angela and I decided to explore the area before getting on line 2 and traveling to Pudong. We walked all the way down Nanjing, and ended up at the railing of the river. We were on Puxi side of the river (where we live) looking into the Pudong side. It was very beautiful. We also found some delicious street food. The trick is that if a lot of folks are gathered around a stand, you’d better join in. Good thing Angela is so crowd-aggressive, so she can compete with the Chinese people and win. 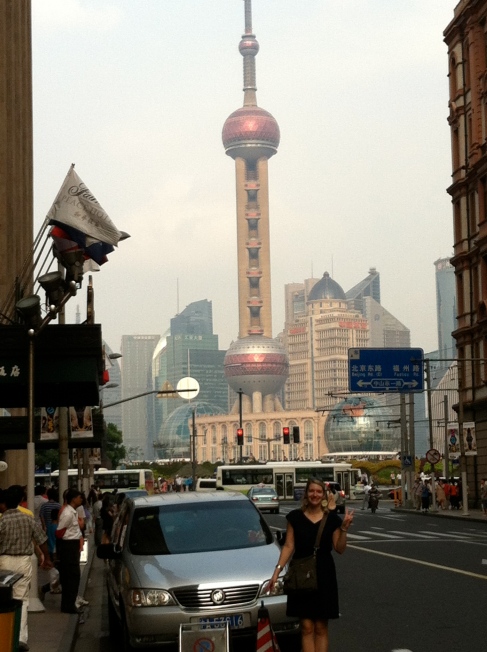 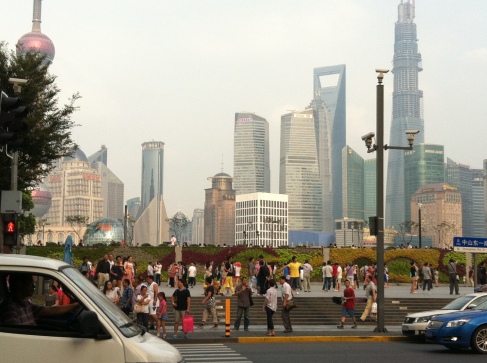 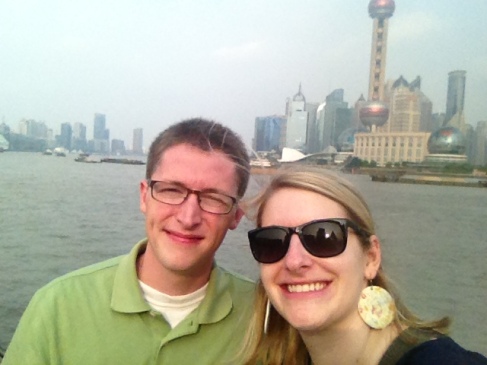 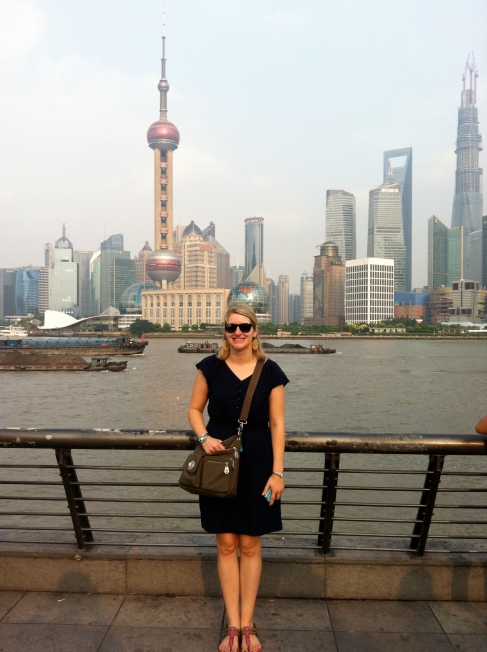 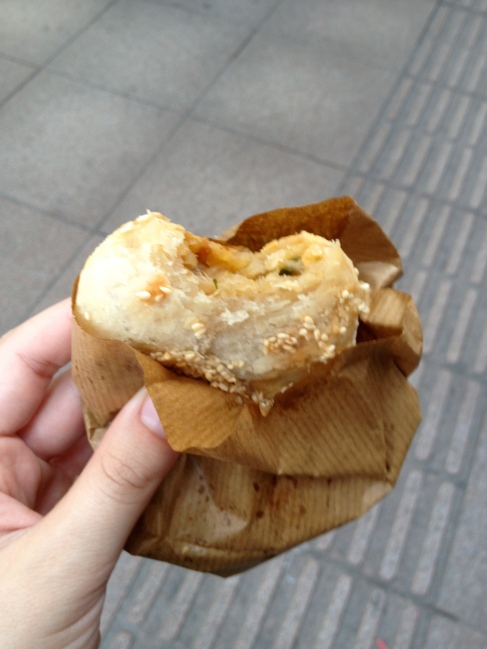 Pictured above is the delicious street treat that Angela scored for us.

We wandered around the river area for quite a while, and even found some live polka/jazz music in a fancy hotel restaurant during our Saturday afternoon adventure. After a few hours, we decided it was time to eat dinner and head to the ballet. We ate at a very underwhelming restaurant for dinner. I will not honor it with any more details, because it does not deserve it.

After dinner, we hopped on line 2 and traveled under the river and into Pudong. Finding the Shanghai Oriental Art Center was quite easy. See the photo below. 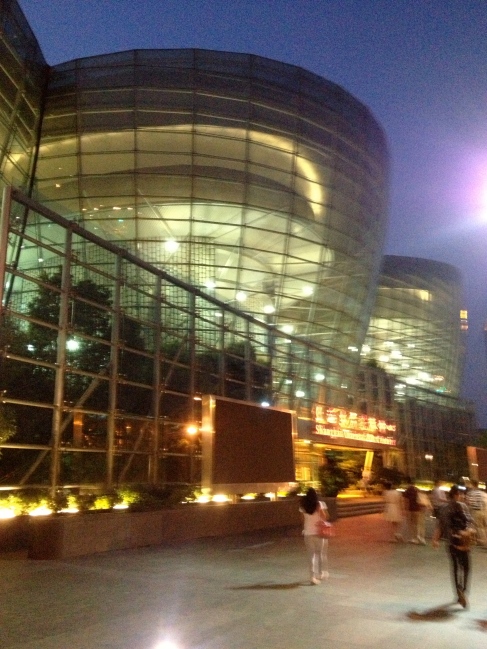 It was here that Angela and I watched Swan Lake, performed by the Quorum Ballet company. Instead of the typical Swan Lake story, this modern version took place in an insane asylum. They did a great job, as the inmates danced and looked in such a way that I was uncomfortable at times. A very interesting take on this ballet. However, they danced to a recording instead of a live pit orchestra. This was a major disappointment for me, but Angela and I enjoyed the show nonetheless.

On Sunday, Angela and I traveled to Yu Garden. This is not only a garden, but a whole shopping area. The really neat thing about this place is the old looking architecture. It was pleasant to just look at the buildings that held all of the shops. We also found no deficiencies in items to purchase. 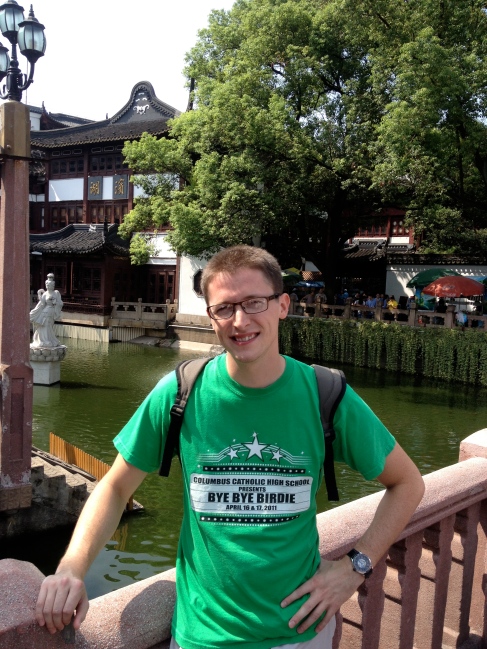 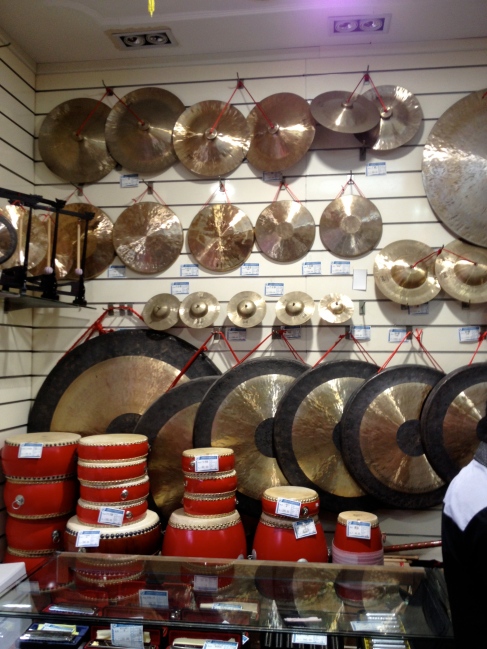 Among the attractions in the area, Angela and I stopped in a beautiful tea house for two little pots of tea and a dumpling store for some delicious dumplings. One of them you drank instead of eating it. That one bothered me a little, but that didn’t stop me. 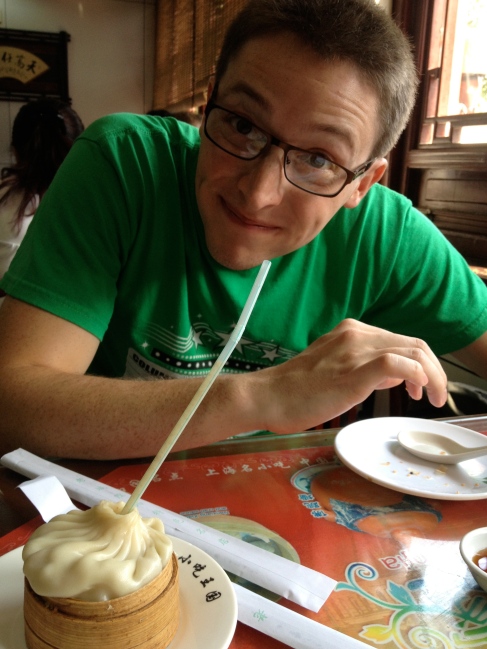 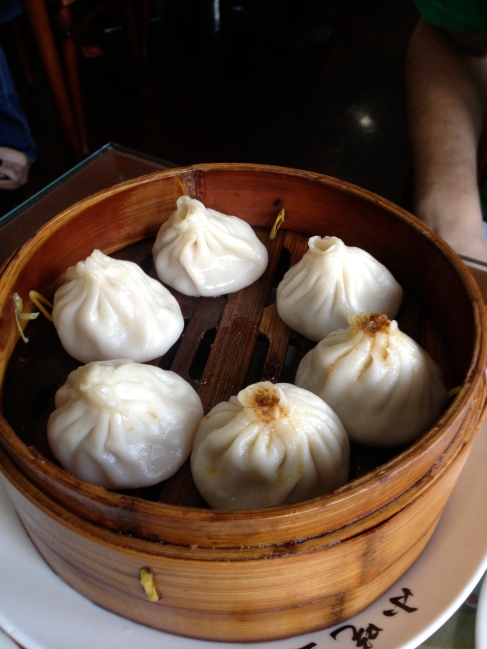 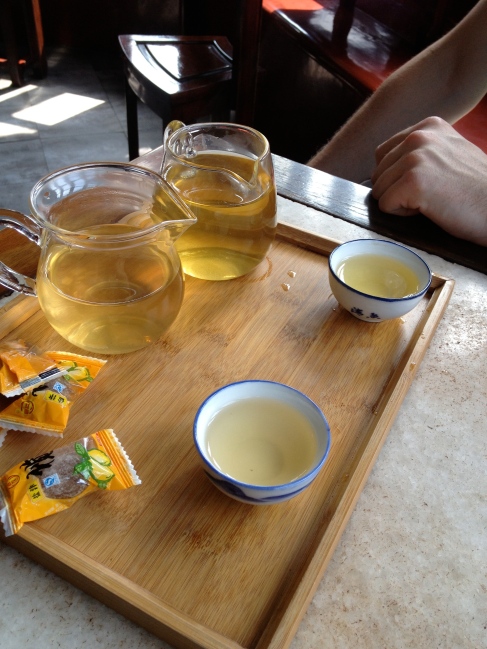 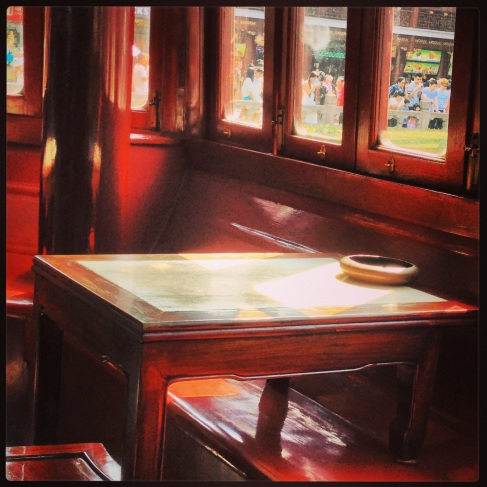 The first major attraction that we went to was called City God Temple. This was our first temple visit in China. It was a little touristy for me, but we did see a few people making penance which was kind of neat. 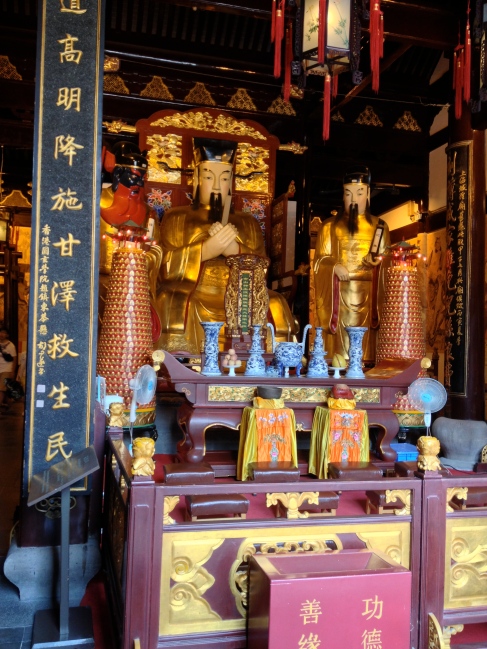 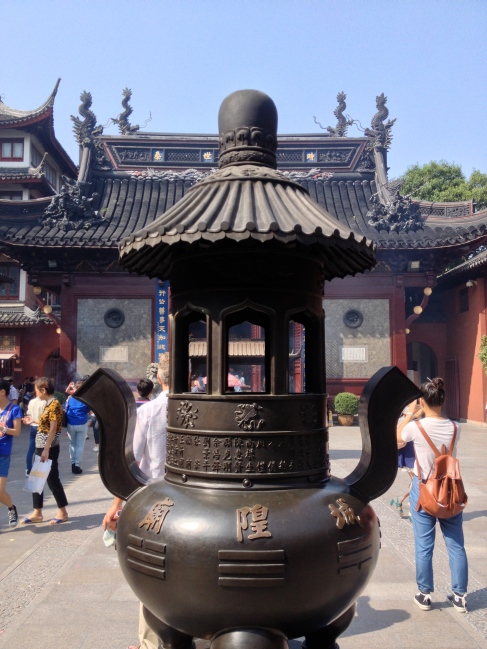 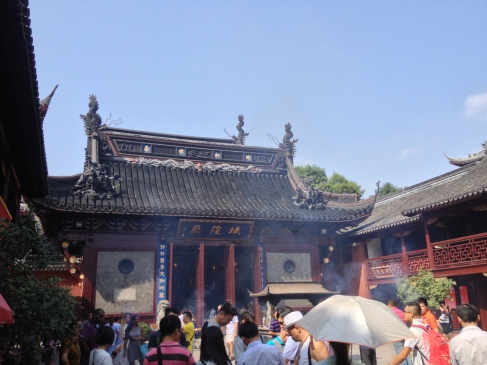 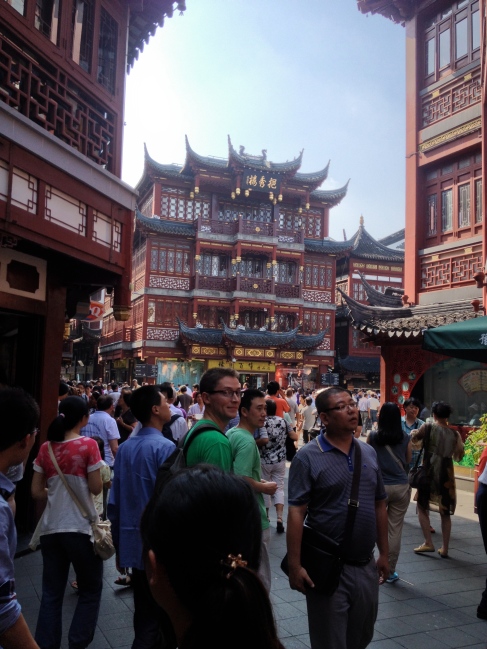 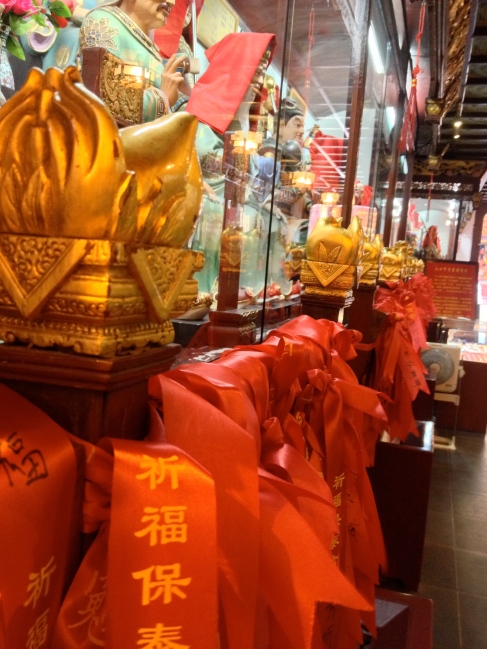 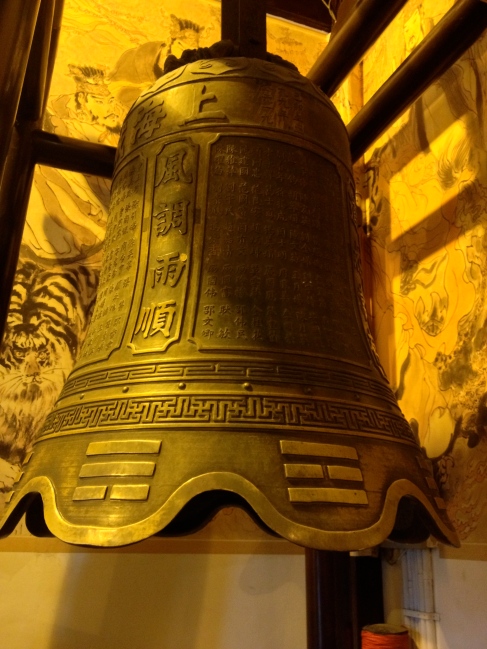 The final part of our Sunday-Funday adventure was to explore the actual Yu Garden. This is 5 acres of nature in the middle of Shanghai. It was really a great find, and took us an hour to explore. 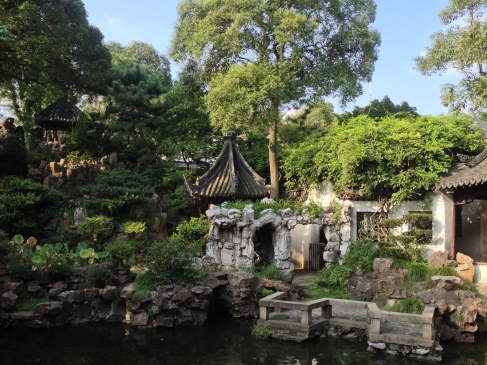 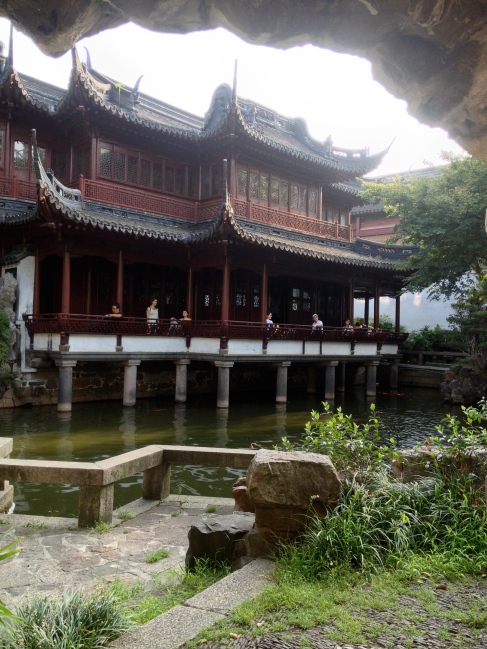 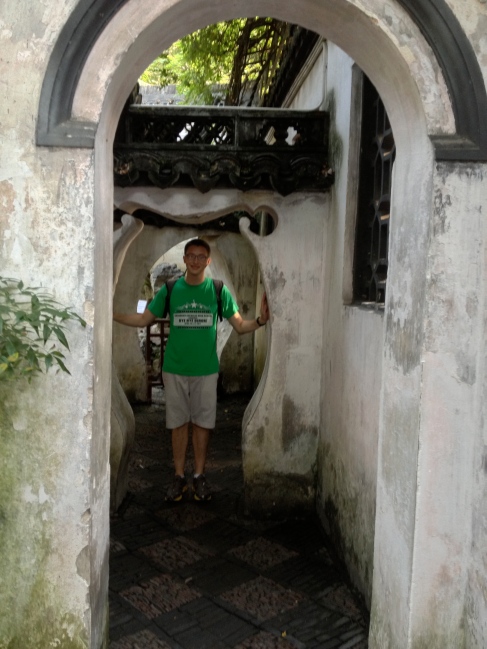 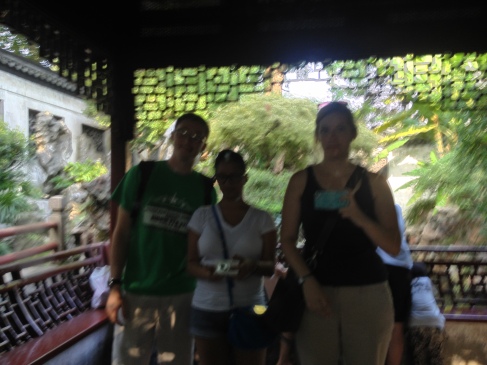 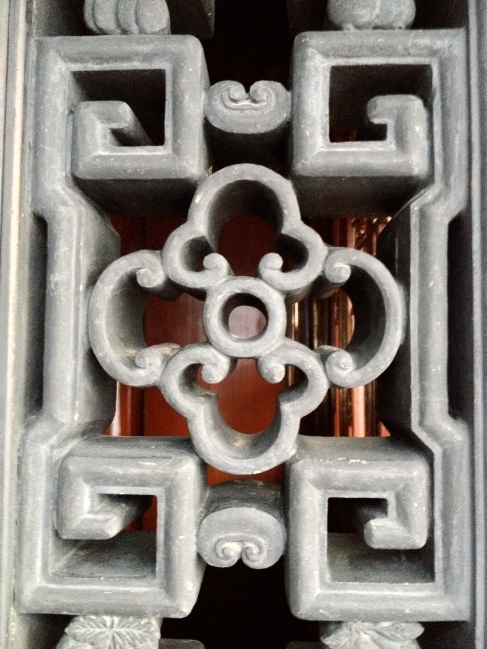 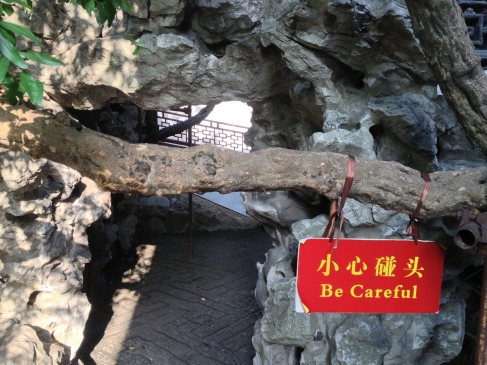 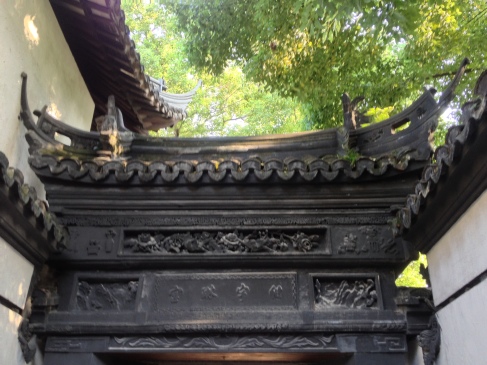 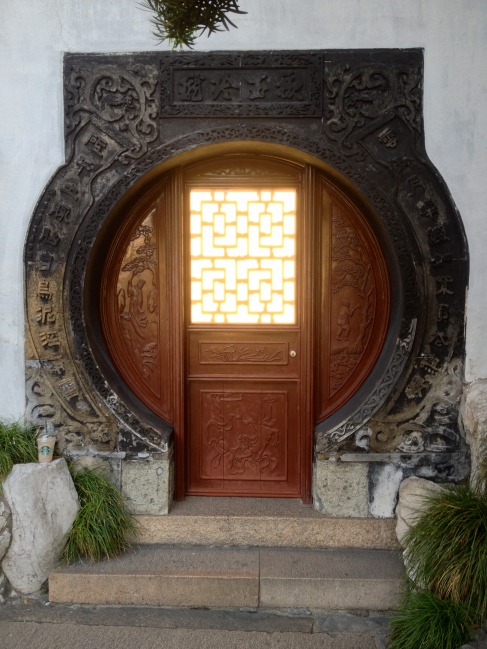 All around an exciting weekend. More later.