It has been just about a year since our last blog post. A lot has happened in that time, but we have struggled to find the motivation to keep up on our blog. We recently made a big transition by moving from Shanghai, China to Dubai in the United Arab Emirates, with a couple month stopover in Iowa. Angela and I both wanted to get back into this, so be prepared for a recap of the past 12 months of our lives…

This past summer, before we made our way to Dubai, we soaked up as much of our friends, family and Iowa landscape as possible. Angela and I celebrated our first anniversary by learning how to bake a pie together (it was delicious), and we also attended the Iowa State Fair. I volunteered at the Luther College booth and received a free t-shirt as payment. Free t-shirts are one of my favorite things ever, so I was easily coerced into talking about how awesome my alma mater is. I had never attended the fair growing up, so it is a new and fun experience for me. Angela used to go more often, so it is a nostalgic experience for her, but we both enjoyed the beers, corn dogs, pork chops and all the interesting things to see. We also made our annual trip up to Decorah, Iowa to spend some quality time with our dear friends in one of the most beautiful corners of the state.

One of the highlights of my summer was going on a week-long backpacking and fly fishing adventure with my buddy Jeremy. We chose the Bob Marshall Wilderness Area as our location, and had a great time. It was one of the more challenging experiences of my life so far, but also pretty amazing. We hiked around 20 miles into the wild to reach the Flathead River, which was where our fishing goal was. Completely by accident, we ended up hiking close to the entire thing on the second day, which resulted in some blisters and sore hips but also allowed us a few light days to meander down the Flathead River. We even camped in the same place for two nights to give ourselves one full day of fishing. It was a fantastic experience, and after we exited the wilderness (and commented on how wonderful a form of transportation the car was) we drove to Missoula and enjoyed the breweries and eateries around town. 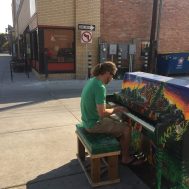 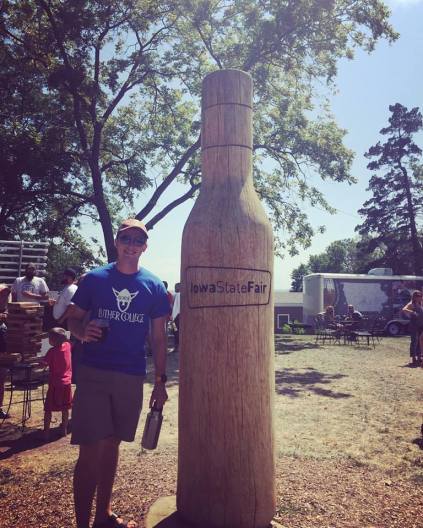 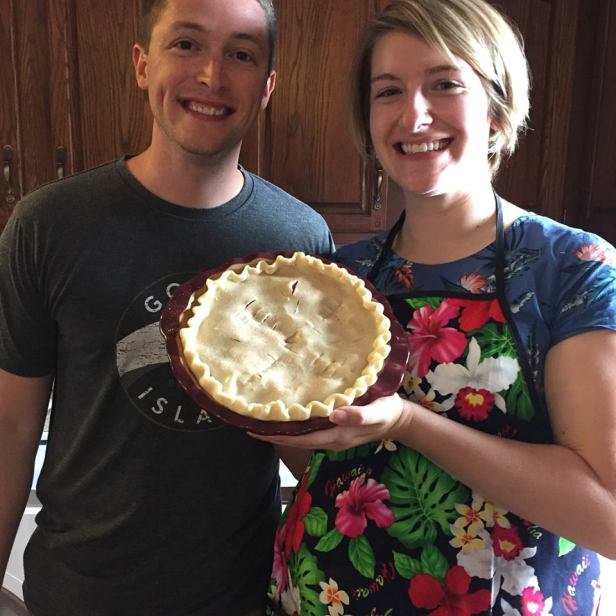 At the end of our summer, we moved to the United Arab Emirates to start our new teaching positions in Dubai. Huge life transitions are always challenging, and even though we have become experienced in traveling around the world, this move was still tough. We had learned a valuable lesson when we moved to Shanghai that a direct flight was probably a better idea, so we treated ourselves to a direct flight on Emirates. It was one of the best flights I have been on. 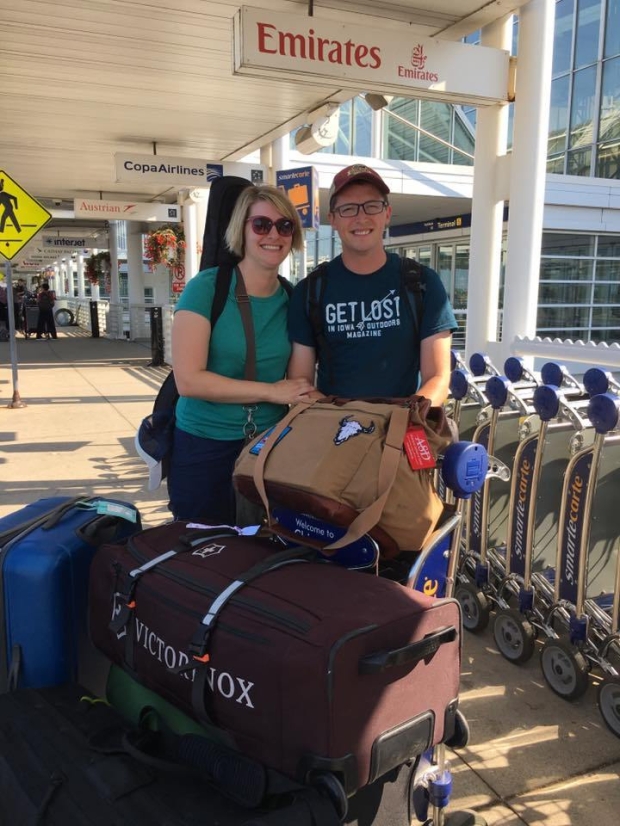 We were greeted by a large welcoming party of administrators at the Dubai airport, and started to meet some of the other new teachers who had arrived around the same time that we had. We took a moment to purchase sim cards for our phones and get a little cash out (and also to stock up on duty free booze), and then we rode over to our new apartments in Motor City. Contrary to what most people say when I tell them that we live in Motor City, we do not live in Detroit. Dubai is separated into a lot of different areas that are connected by large and busy highways. Motor City is where the racetrack is located in Dubai, as well as some nice apartments. One big difference with this new apartment is that it was completely empty. In Shanghai, we had grown accustomed to moving into fully furnished apartments, so it was a little bit of a shock to sleep on an air mattress on the floor in our new home.

My school gave us new teachers quite a few opportunities to go shopping and to furnish our apartment. Angela was not given very much time to do this, so I ended up having to do a big portion of the buying for our new home, which was a traumatic experience that I may never recover from. We also received the shipment that we sent from Shanghai within the first couple of weeks, which was convenient. Dubai is very much a car city, so we decided to jump right in and rent a a Toyota Yaris so that we could start driving around. 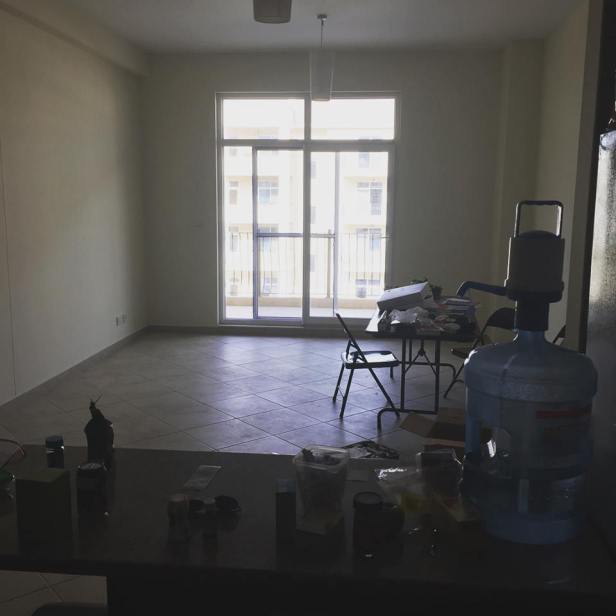 Over the past few months we have started to branch out and explore a little more. We have had a lot of firsts in our married lives this year, and one of those is buying a new car, which we have never done before. There are a lot of times in Dubai when accelerating quickly in order to merge without being hit by another car is necessary, and we were feeling the inadequacies of our Toyota Yaris pretty quickly. I am also fairly certain that Dubai has more speed bumps per capita than any other city in the entire world, and combining that with some of the dangerous car maneuvers that we frequently witness, we decided to look for a car to purchase that was a little bigger than the Yaris. We also found a great place to ride our bicycles called the Al Qudra Cycle Path, but that would require driving our bicycles into the middle of the desert. After looking for a few weeks, we found a 2015 Volkswagen Tiguan at a used car dealership. I have always had a fantasy of owning a Volkswagen, so we decided to live out this dream and purchased our first car together.

We had a few highlights during our first few months of exploration around Dubai. There is a metro system in Dubai, but it is relatively small compared to Shanghai. We did take it around town one day just to learn how it operated, and it was clean and convenient. One of the other new teachers had her birthday party on a yacht that sailed all around Dubai, which was really fun. Dubai just recently built the Opera House, which we have already been to several times. I saw a piano recital there, and Angela and I attended Harry Potter in concert, as well as Jersey Boys. We also went to a Murder Mystery Party that was a 1930’s theme, which was a lot of fun, and one of the highlights was having some former colleagues come and stay with us in order to attend a music conference that my school hosted. 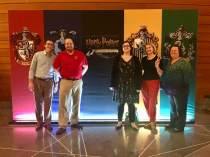 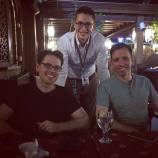 For Christmas vacation, we decided to do something that we had not done since moving abroad 5 years ago: we went back home to Iowa! Angela’s brother and his wife were expecting a baby, and Angela’s family had their annual gathering during Christmas this year, so it was a perfect time to head home. We ended up getting to meet our new nephew Kestrel, as well as spend a lot of quality time with both Angela’s family and my family. On the way back home to Dubai, we stopped over in Frankfurt, Germany for three days. We enjoyed walking around the city, drinking some German beer and eating a few bratwursts and schnitzels. The culinary highlight was a restaurant called Ebbelwoi Unser where they specialized in a local apple wine and heavy but delicious German food.

More recently, we have been trying to settle into a routine here in Dubai. Life is much different than we have been used to in Shanghai for the past four years. We have to drive most places that we want to go, and have not really been going out to explore the area very much. Angela bought a cast iron skillet, and I have been trying to learn some recipes to make in it. Below is a monster cinnamon roll that was pretty awesome. We also did take a day trip down to Abu Dhabi for the first time to see their new Louvre, which is a unique and beautiful building.

Overall, the transition to the desert has been a little tough, but life in Dubai is definitely very easy. We are going to try to write some more blog posts so that we are more motivated to go explore a little more around the area. All for now.