It’s amazing what you can do in one weekend!   This weekend Jason and I traveled with some other friends to Nanjing, China!  Our travel group consisted of 8 people:  Kathy, Heather, Boramy, Kat, John, Catherine, Jason, and me!   We took the train from the Hongqiao Railway Station.  This was our first time to this train station and it was very easy to navigate although it looks confusing.   There was a minor security check that everyone was herded through, and then we just had to find our train number and platform.  We were running behind and nearly missed the train.    Our ride to Nanjing was very pleasant and comfortable and was only one hour and 45 minutes. 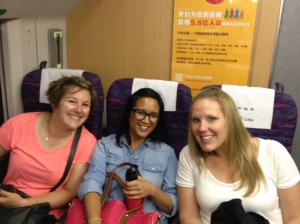 Besides having a hotel reserved and train tickets bought, we really didn’t have anything planned for this trip, because our friend had lived in Nanjing and was going to show us around.  Unfortunately due to a family emergency, he never made it on the train or to Nanjing so we were on our own.    Thankfully, we all have smart phones and the internet!  Jason and I were somehow put in charge of events!  We stayed at the Orange Hotel, which was a neat place with a very helpful staff! It was down a small alley way and right next to the subway stop.  After getting rooms organized, we decided to find a place to eat.  Boarmy suggested a Mexican restaurant recommend by a friend that turned out to be less than stellar, but nevertheless, cheap!  We were all pretty tired by the end of the night and decided to get back to the hotel and rest up! 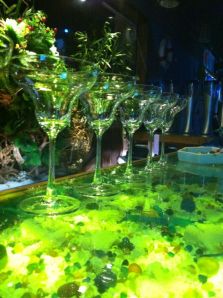 Once we all got up, we decided not to hike up the near by Purple Mountain because it was cold and rainy.  Instead we decided to all go to Starbucks to get some coffee/breakfast and plan out our day.   To our advantage right outside our hotel were 3 different food stands serving Bouza (dumpling filled with pork or vegetable)  and a pancake type thing.   Both were delicious.  Each dumpling cost 1 RMB and the Pancake was 6 for 2 big portions.    Everyone jumped in and got one!   It had egg, scallions, sprouts, pork rinds, meat if you wanted, and spice!  Whatever it was it was delicious. After our snack we all felt a little bit better about the day!

After figuring out our day over coffee, we decided start by taking the metro to the Nanjing Massacre Memorial Hall.    This was a huge area that told about the Nanking Massacre, something most of us were unfamiliar with. It is known as the “forgotten holocaust” of WWII.  It was interesting to read about it and see what took place.  The memorial hall has the burial site of 10,000 corpses that were discovered in the late 90s.  It was very interesting to read about all the things that happened during that time. 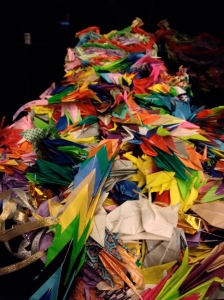 After about 2 hours of exploring and learning we decided that we needed some lunch.  Jason (who was our tour guide)  found a food street within walking distance, known as Shiziqiao Food Street.    This street was closed off to cars and had various restaurants and shops along the side. The group decided to split up for lunch and Jason, Catherine, and I decided to check out this restaurant that had big bowls of food on the table, while the others opted for dumplings and Korean BBQ.  The most difficult thing about our restaurant experience was that the menu was not in English and we had no idea how to order.  Basically you picked what you wanted and picked your spice level.  After pointing at various pictures, Google Translating food words, we were able to order and a plus was that our restaurant had beer!  It was yummy.  For dessert we had a fruit kabob that was dipped in honey.  Super sweet and tasty.

After lunch we figured out we were near the City Wall. Nanjing was once the capital of China!  We all stopped to get our picture in front of the wall and were also photographed by random Chinese tourists!  I threw up a peace sign to fit in!  Within the city wall is Xuanwu Lake.  The lake was beautiful and there were various shops or boats to take around the lake.  After being told NO for a few tour rides, only to see them leave shortly after we asked,  we were able to tour the lake in a small van!  Our ride was about 15 minutes and we were able to see a few things around the lake but it was the end of the day and we were all pretty tired, so we decided to head back to the hotel and refresh until dinner time!

We decided on teppanyaki for dinner.  We found a place a few metro stops away in an area known as 1912 that had all you can eat and DRINK for 180 rmb!   We ordered a lot of food: sushi, Sake sashimi, Beer, lamb chops, steak, Beer, shrimp, scallops, Sake, rice, noodles and Sake!  Everything was delicious!  We felt bad for our waiter and cook since we had trouble communicating, but we made up for it by offering them Sake!  They enjoyed it!  After an amazing time, we took our full bodies and explored the area near by that was another pedestrian street with bars and clubs.  We finished the night out at a bar that had a live cover band playing 70s and 80s music! Our group was so much fun that we got free shots from the manager!   A fun time was had by all! 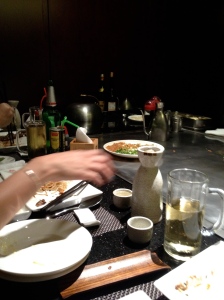 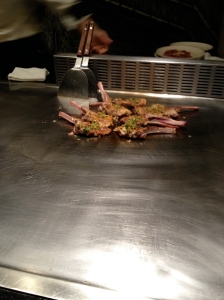 Sunday morning was a little slow going but we all decided to take it easy and get some breakfast.  The night before we had discovered a waffle shop and thought that would be perfect for breakfast.  We probably spent over an hour just talking and enjoying the atmosphere and before we knew it, it was time to catch the train back.

Getting around Nanjing: Taxis: When the light is red, that means they’re open.  It seemed more difficult to communicate street names and show address with the Nanjing drivers and they kept asking for 1 more quai than what the meter said.

Getting around was easy when we used the Metro, as it only has 2 lines. Yes it’s more walking and crowded but it’s cheap and quick!  Of course like most Metro rides in China, space can be very limited, we’ve experienced this in Shanghai a few times, but I think Nanjing was worse, especially when trying to make sure the whole group made it. 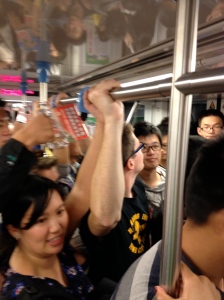 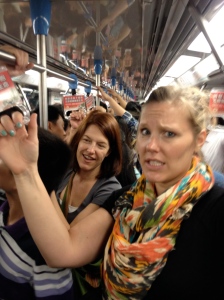 Overall, it was a great trip and we hope to make it back to Nanjing.  Now we have the rest of the week to look forward to!